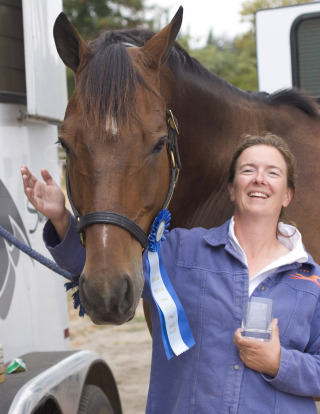 Juliet owns and runs the program. She is a certified instructor with the British Horse Society. In her youth she was an active member of the Irish Pony Club and she attained her B rating. In 2010 she earned the United States Dressage Federation Gold Medal on her FEI dressage horse Escorial. Previously she had earned her Bronze medal on Solut and the Silver medal with scores from both Solut and Escorial.

Juliet has been teaching riding for 25 years. She specializes in beginning riders, both kids and adults. Everyone learns how to take care of their horse or pony and how to ride in the arena, on the trail and over fences. She is First Aid/CPR certified. Former Board of Governors member of The Horse Park at Woodside.

Sugarloaf Farm is named for the Sugarloaf Mountain in Ireland on which Juliet first learned to ride.

Bekka has been riding for over eleven years, mostly in western riding but has switched to English for the last four years. She is a D3 rated member of the Golden Hills Pony Club and has also been in 4H for ten years. Bekka owns her own horse Alligator, they are quite a pair especially when it comes to jumping. She has been teaching with Juliet for two years. Bekka is also currently a student at Gavilan College and will be transferring to a University in the fall of 2018.

Brittney has ridden with Sugarloaf Farm for ten years and is a C1 rated member of the Golden Hills Pony Club. She has taught English riding lessons for four years and has experience teaching both western riding and vaulting. As a student at Washington State University, she spends her time as the horse manager of the WSU Equestrian Team. Not only is she an officer of the equestrian team, but she also travels throughout Washington and Oregon to compete at the novice level in IHSA shows. 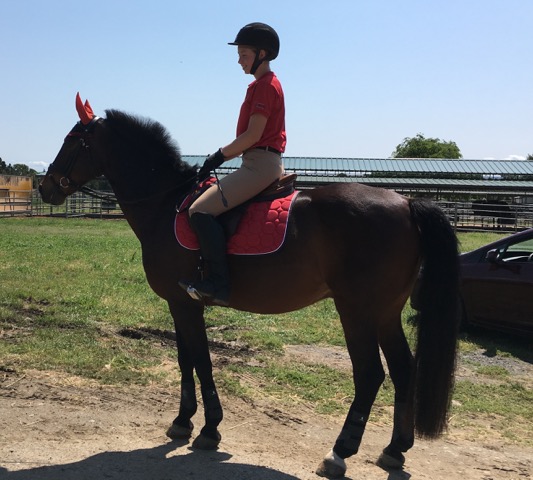 Alligator has been sold to Bekka. Here they are ready for their D3 certification. They passed! She’s happy, he’s happy and so am I. 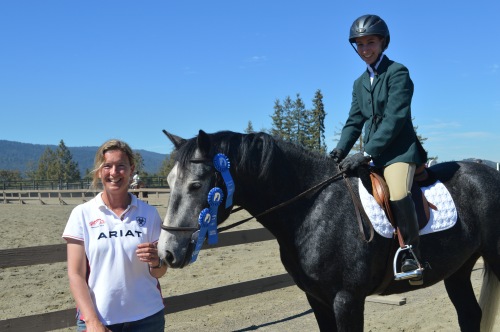 Delta at the JK Fall Festival, September 2013 with his proud trainer and delighted rider. This terrific kid has headed to Baylor University in Texas for her next adventure. 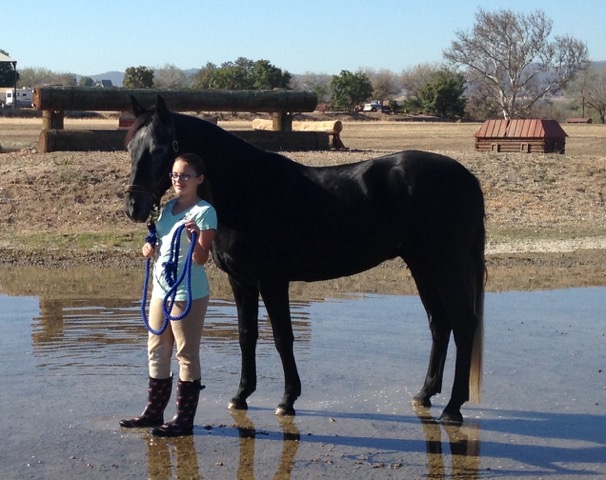 Dougal is another Connemara, he is actually Delta’s full brother. He is now in the lesson program as a 5 year old. He is very sensible and those lucky enough to be selected to ride him are always thrilled. He won his division championship at the West Coast Connemara show in July, thanks to his 66% in the dressage ring with me and his stellar efforts over the jumps with Anja.

Here he is with Heather at Twin Rivers in Paso Robles, experiencing his first water obstacle. 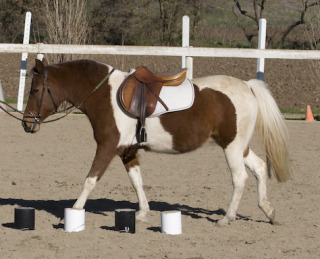 Darling Duchess has retired. I bought her 12 years ago and she has been a stalwart in the program. She has taught so many kids and given them confidence. She will be missed. 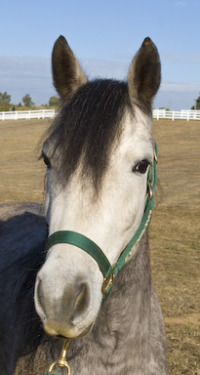 Evie is a Connemara pony who has been in our lesson program for many years. She is a pretty pony and she tries her hardest to do what her rider wants. She likes to trot and will trot around on the longe line while kids post with their hands on their head and work on their balance. She loves to jump and she has taught many young riders how to keep their heels down and in a few cases why they should keep their heels down! 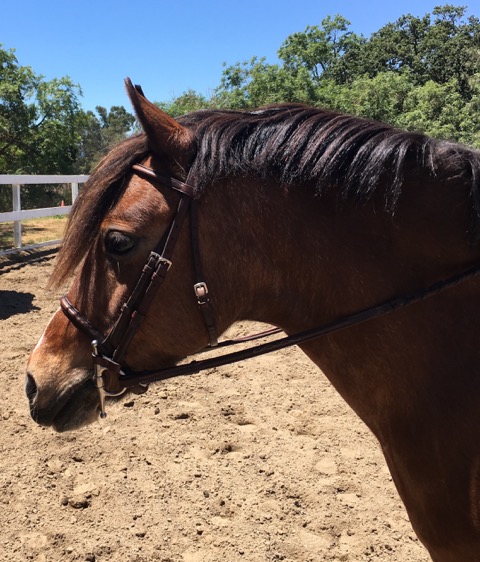 Please welcome Jazzy to the program. She has big (well, really small, actually) shoes to step into as she is Duchess’s replacement. 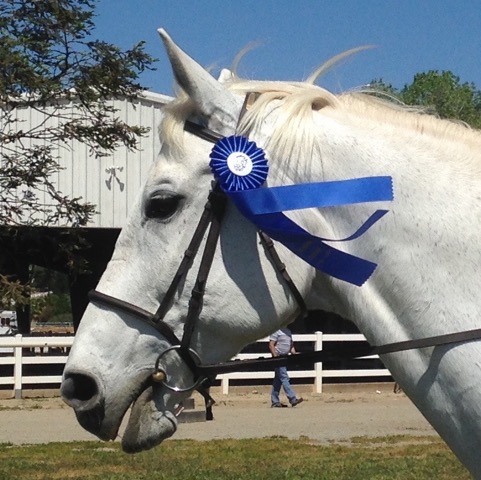 Sugarloaf Farm is incredibly lucky with the friends it has. Merlin came from a local Hunter barn. He no longer wants to jump so he now works with the dressage riders at Sugarloaf. He is well schooled and a delight to be with.

Nike is a scholar and a gentleman. Which of the dressage moves would you like to learn and he will teach you. 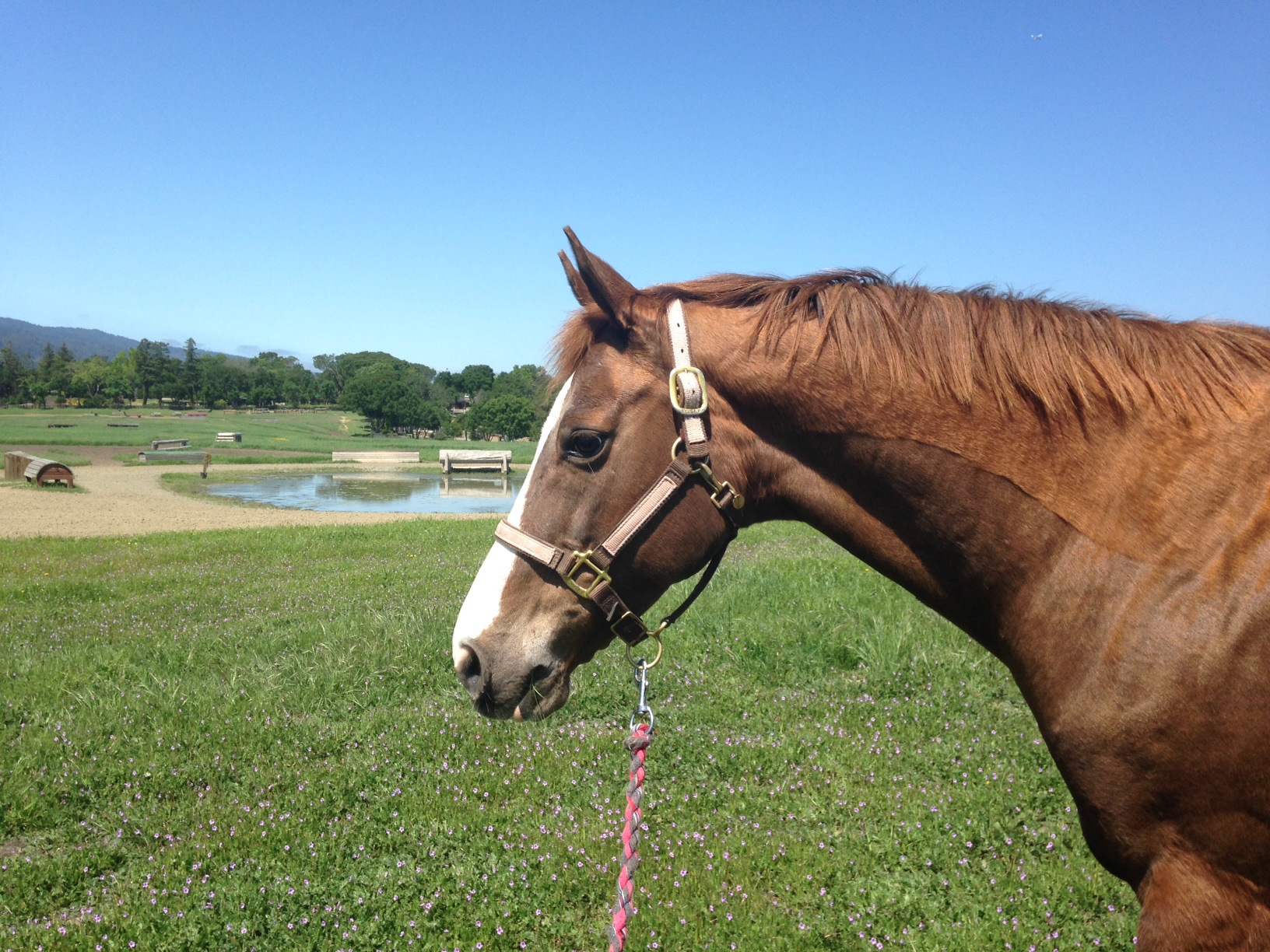 Pumpkin is an Oldenburg mare who is a second level schoolmaster. 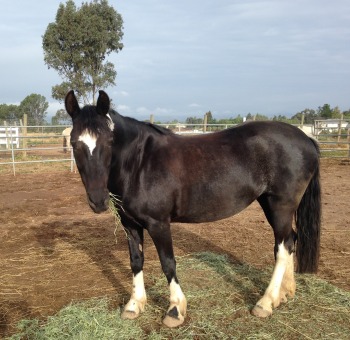 Splash is 10 and 14.2, quarter pony. This is a great size for smaller adults or kids. She jumps, she is thinking about the joys of dressage, not quite convinced of that yet! She is wonderful on trail and enjoys playing pony club games. All in all an excellent addition to our program. 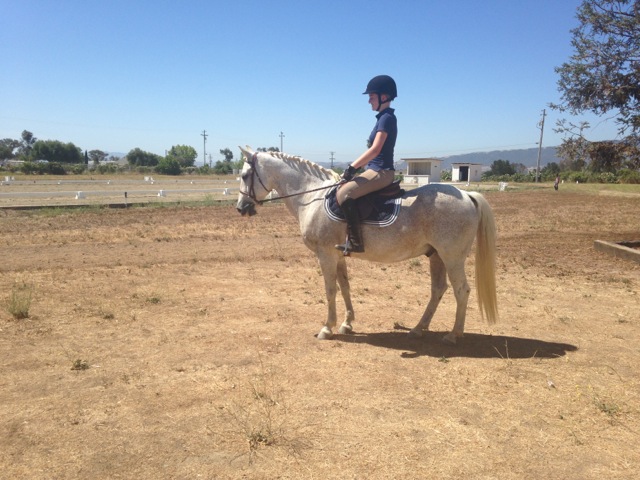 Here are Woody and Anja, braided and ready for their dressage test at a Sugarloaf Farm combined test. Woody is available for a full or partial lease. He is a darling pony and would teach a kid how to jump up through cross rails. He is competitive at shows, well behaved and fun to be around.